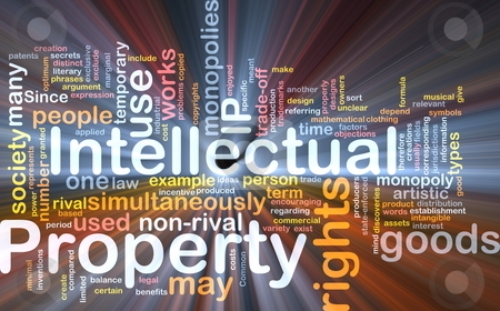 Early days The Chennai-based firm started operations in 1976-77 with a production facility for Analgin. Slowly but surely the company grew in the API space (Active Pharmaceutical Ingredient) expanding its manufacturing facilities. The company started its second production facility in Pondicherry (for Ibuprofen ) and the third one in Cuddalore (for Ranitidine HCI). Abhaya Kumar says, “In the first phase of our journey, we were completely focused on API manufacturing. Those days, several pharmaceutical companies were going after the generic player market and competing against the multinationals. We took a call to focus on being complimentary manufacturers for MNCs.”In 1992, after the economy opened up, Shasun formed a subsidiary in the U.S. For a over a decade, Shasun was the only company in Tamil Nadu (until Orchid Chemicals joined the group) with U.S. F.D.A (Food and Drug Administration) approval for manufacturing of API’s for the US market. In 1994, the company went in for a small IPO raising Rs. 6 crore in equity. Foray into CRAMS and IP Creation
As the company made its mark in the API space, it was gearing up to diversify its capabilities to get into the formulations business and later the CRAMS (Contract Research and Manufacturing Services) business. Since 1996, the company started creating IP and started working on non-patent infringing processes for newer generic products. “By 2002, we had over 10 such process patents and realized the importance of creating our own IP,” says Abhaya Kumar.

Around the same period, the company’s CRAMS business also grew due to its focus on quality, timely deliveries, ability to supply the drug at good value and, most importantly, a well-recognized research team.

In the year 2000, the global pharma industry was looking at biotechnology very seriously. Shasun too analyzed the space and decided to get into a field of biotech and focused on recombinant proteins. Abhaya Kumar says, “At a broad level, the biotech sector had three kinds of companies – large scale, medium scale and small scale. For a company of our size, it made sense to focus on this area called recombinant proteins which was comparatively smaller scale.”

Shasun partnered with Institute of Microbial Technology in Chandigarh (IMTech) and took over a process that was still in the developmental stage. The company took it through validation phase in three years and launched it in nine years. In June 2009, Shasun commercially launched recombinant streptokinase, a huge milestone for the company. Abhaya Kumar says, “At the time, almost all the streptokinase sold in India is made by us, under different brands.” Of course, streptokinase is a lifesaver that works as a clot-dissolving drug. It is the first drug that is administered during a heart attack or thrombosis. For Shasun, it marked the company’s entry into bio-therapeutics and also bolstered the company’s capabilities to take technologies at the development stage in labs to a successful commercial launch. By 2010, the company’s sales of this recombinant protein touched Rs. 50 crore.

Earlier in 2006, Shasun completed the acquisition of the custom synthesis business unit of UK-based Rhodia Pharma Solutions. The acquisition was done keeping in mind Shasun’s strategy of expanding its global presence in the APIs, contract manufacturing and custom synthesis segments. Through the acquisition, Shasun also took over the manufacturing facilities of the company in the UK. Abhaya Kumar says, “The other important aspect is that we got over 100 patents from Rhodia. Of these, over 67 are still alive.” Kumar believes that one of the critical success factors of what made this acquisition work revolved around how Shasun put these patents to good use.

The next frontier: nanotechnology

In 2011, Shasun formed a 50:50 Joint Venture with Nanoparticle Biochem Inc. (NBI), which is partly owned by University of Missouri, Columbia. The eventual goal is to develop a nanotechnology using radio activated gold nano particles to cure a solid tumour. It is a technology where these gold nano particles are inserted inside the tumour (which is possible because of its nano size) and it starts killing the tumour from within, in less than 21 days. Through this process, treatment for cancer will be a lot easier with no chemotherapy or radiotherapy. Abhaya Kumar says, “This technology is still a few years away and we’re starting clinical trials now. One of the options we’re looking at is to bring out this technology as a device (and not a drug), which will make the approval process faster.”

Abhaya Kumar says, differentiating through IP creation is a crucial strategy in the pharmaceutical sector. He adds, “And, it is a constant effort which can never stop. My advice to anyone looking to create IP will be to setup a scientific advisory committee including a patent lawyer. Also, a great way to invest into scientists is through partnerships with universities or research organizations.” He also reminds entrepreneurs to keep in mind that the company needs to have a war chest, in case of patent litigations.

Overall, Shasun has 78 active patents and is working towards deriving commercial value out of majority of these. “In our industry, we need to be four years ahead; we’re working on drugs that will launched a few years from now,” he says on a parting note.

We’re excited to announce to our readers that our law firm, Altacit Global, has won the following awards recently:

OUR FORAY INTO LEGAL WORK IN THE AREA OF REAL ESTATE