Is the Service Agreement with your Vendor, watertight? 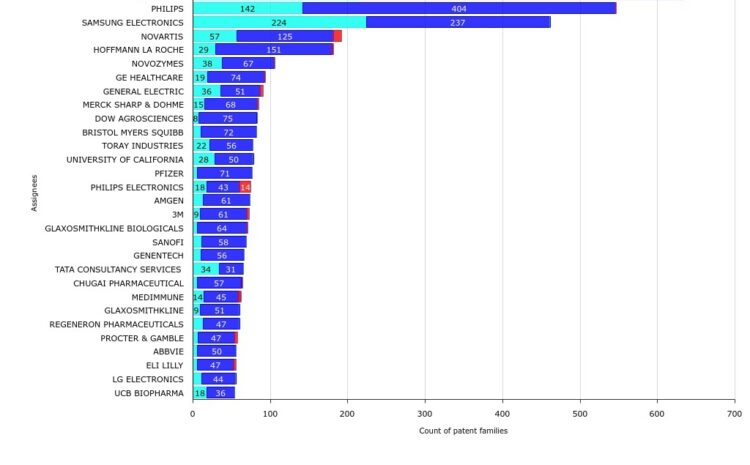 The movie, The Social Network, can pinpoint a collection of common legal mistakes often made by startups founders. The Winklevoss twins failed to put a legal service agreement with Mark Zuckerberg, when they outsourced some development work to him; Facebook co-founder, Eduardo Savarin, made critical mistakes in his co-founder agreement with Zuckerberg, and could not protect his shareholder rights in a future round of fundraising; And, the list is endless.

In this post, we discuss the Service-Level Agreement, or an SLA, which is typically signed when a company engages with a third party vendor to avail a service or develop a solution. It is a contract which encompasses the deliverables, rights and liabilities of both parties. Essentially, it is the legal agreement that the Winklevoss Twins failed to put in place.

Until a few years back, an SLA was a common feature among IT and Software development firms; Today, with the emergence of a variety of service providers from digital and social media firms to outsourced CFOs, the role of SLAs has become that much more important.

Given its increased importance and usage in current times, in this blog, we explore some of the key components that one must look out for in a service level agreement, how terms can be negotiated to benefit and protect both parties, and steps to avoid potential conflicts during the course of the project. 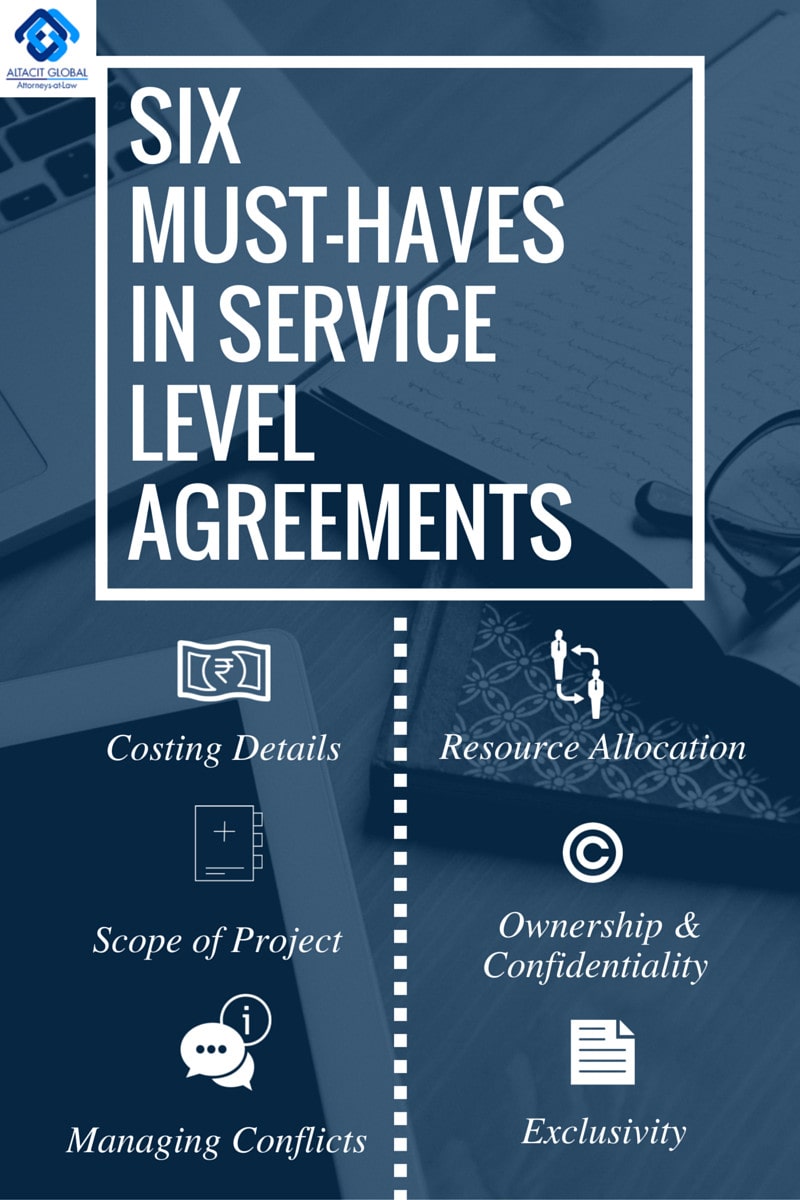 What should an SLA include?

As a first step, an SLA must include pricing details, schedule of payments including key dates and any financial penalties for project delays and such. Additionally, when signing an SLA with a client, both parties should ensure there is a clarity in costing; wherein there is a clear indication of what services will be included for a particular price, and what charges will be levied on additional services requested by the client.

2. Scope of a project

The agreement should clearly state what will be the service deliverables offered for the given cost, and what are the additional services that can be offered under exceptional circumstances and the concurrent charges levied on it. It should also cover the scope of work and the time frame associated with each task defined in the agreement.

It is important to establish in prior who will be the point of contact from the company and the client side, and the number of resources allocated to execute the given task/s. For example, if a company wants to outsource its content marketing activities, and sets a target of three white papers a month, the agreement should clearly state the number of resources required (from the service provider’s end) to complete the given task, assign a point of contact, and design a reporting structure to monitor the progress of these tasks.

A fourth critical component of the service agreement is to determine who owns the IP of the product/service, whether the copyrights of the product/service can be extended to other platforms, and the confidentiality clause associated with information exchange. For example, say, a brand management firm offers consulting services to a company in the automotive space, the agreement should clearly outline (apart from its scope of work) whether the said company (let us say, Company A) can sign the client’s competitor on to its platform. If so, can the said client representative service the competitor or should a different representative or team be assigned to fulfil that task.

If a company creates 10 blogs on a particular topic every month, and Company A wants to use two each month from the creator, it becomes a non-exclusive creation. On the other hand, if Company A hires an external service provider to create exclusive content for its platform, the clause will vary. Thus, the exclusivity and rights of the service being extended should be stated clearly. The agreement must also include details of how much of this work can the vendor use for marketing itself.

Any contract is prone to disputes. Typically, conflicts may arise when there is no adequate reporting structure in place, or the quality of deliverables is compromised. Thus, on one hand, it is critical to state in the agreement, the jurisdiction where the dispute, in case one arises, should be handled, and also the presence of an alternate dispute clause like an arbitration clause.

Usually, the presence of these two elements will largely ensure that any dispute that may arise during the contract period can be dealt with cordially. In other words, placing key mechanisms to monitor and escalate disputes are very important. On the other hand, clients should develop an MIS system to monitor progress, and from time to time hold reviews and feedback sessions to ensure the quality of deliverables is up to standards.