Welcome to the 3rd edition of the Altacit Global Newsletter. In the last two editions, we interviewed Mr. Abhaya Kumar, Managing Director of Shasun Pharmaceuticals and Mr. Pradeep Cholayil, Managing Director, Cholayil Pvt. Ltd. In this edition, we feature Harish Lakshman, Director, Rane Holdings, the 55-year-old Group that specializes in the auto components space. In this feature, Harish talks about why going global is critical for the Rane Group, its future growth plans, and also its Vision 2020 strategy. At a broader level, the Group is preparing itself to make the next decade, one of profitable growth, and has plunged neck deep into strategizing for the same. We give you a peek into its plans… – By Poornima Kavlekar 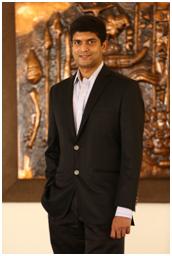 The Chennai-based auto component major, Rane Group, is all set to work out a revised long term strategy through its new Vision 2020 plan, by strengthening its existing business and expanding into newer areas. To enable this, the company has also roped in management consultant McKinsey & Company. Commenting on this, Harish Lakshman, Director, Rane Holdings says, “One of our aspirations for the next 10 years is to grow more aggressively, in the range of 20 per cent CAGR. So, we decided to take a fresh look at what we are doing in the Group and what we want to do.” While the company has seen a flat growth in the last two years, it has grown at about 15 per cent CAGR in the last five years.A manufacturer, distributor and supplier of automobile components for a range of passenger and commercial vehicles to major OEMs across India and abroad, the Rane Group is spearheaded by L. Ganesh as Chairman of the Rane Group and L. Lakshman as Chairman of Rane Holdings, the Group’s Investment Company. The Group companies are structured under Rane Holdings Limited which has four subsidiary companies, three joint ventures and two associate companies. It offers a wide range of products like steering and suspension systems, valve train components, friction material products, occupant material products, die casting products and for the passenger as well as commercial vehicles segment. The Group also has an investment in a Company that makes wiring harness for the Aerospace and Defence Sector.The fact that the domestic automobile and auto ancillary industry is going through a no-growth phase is not new to the company. Macroeconomic conditions like inflationary pressure on input costs, lower demand and increased competition has affected the sector on the whole. And, just like other players in the industry, Rane Group has also witnessed a flat growth in the last two years. The industry on the whole is on a wait and watch mode, expecting market sentiments to turnaround. And Harish, optimistic about this turnaround, says, “With the new government coming to power, we are likely to see some policy changes in the next few months which could boost the overall market sentiments. We think FY16 will be a good year.” He is also convinced that from a 10-year perspective, the automotive market in India will be the fastest growing market in the world; perhaps it will grow even faster than China.Boosting its revenueFocusing on the export market: Just like most of the players in the industry, the Rs. 2,687 crore Group has been aggressively focussing on growing its export revenues during this period of domestic slowdown. Harish makes an interesting observation about the export market. “Fifteen years back, most of our exports were to the replacement market. But this trend has reversed and currently, 80 per cent of exports from the country is to OEMs and this is because of the improvement in the quality of products from India.” As far as Rane is concerned, currently more than 90 per cent of its export is to the OEMs. The company supplies to Volkswagen, Audi, Ford, Chrysler and GM.Replacement market – an important revenue segment: Rane Group gets about 14 per cent of its turnover from the replacement market. The Group’s brake lining, steering parts and engine valves businesses have a strong aftermarket opportunity. However, the company faces two main challenges. One, many foreign companies are trying to enter the replacement market space and two, sales from many unbranded players. This apart, the Group has also found that the Rane name is being used by unauthorised vendors, hence leading to spurious sales. To step up its share in this segment, the Group has increased its channels and has been widening its product range in the aftermarket segment.

Focus on defence and aerospace products sector: In September 2011,the Group acquired Bengaluru-based SasMos HET Technologies, which makes interconnection systems for the defence and aerospace industries. Till SasMos came into the picture, almost 98 per cent of its turnover was from automotive segment while 2 per cent was from the railway sector. “We decided to diversify into different but connected sectors so that we can leverage the manufacturing capabilities. We realised that aerospace and defence was a growing sector in India, as a lot more money will be spent in this space by the government and decided to target this space,” shares Harish. Currently, the company has 26 per cent shareholding in SasMos, which it plans to increase to 47 per cent by the end of December this year. The Group aims to have a larger presence in the aerospace sector and is not ruling out more acquisitions in this space in the coming years. Currently, around Rs. 60 crores of its business is from this sector and it wants to increase the share to Rs. 400 crore to Rs. 500 crore over the next few years.

There is intense competition due to the entry of multinationals. “They are coming into India with aggressive pricing to get a strong foothold in the market,” says Harish. To counter this, Rane Group has adopted a few strategies: One, focus on QCD – quality, cost and delivery. However, as the quality requirements are very high anyway and most players have the same level of quality and delivery parameters, being cost competitive has become important. The company has adopted total quality management (TQM), lean production systems and other operational excellence methodologies to achieve this. “Using TQM, we have improved our operational quality significantly. As a result, it helps us offer better pricing to the customer and still retain our profits,” says Harish, while adding that this has also become a standard across the industry.

Secondly, improve the R&D and technology capabilities in the Group. “While our shop floor quality is world class, our R&D and technology capability needs more attention. And hence, we are forced to go to overseas companies and forge joint ventures,” agrees Harish. The Group has stepped up its spend on R&D to combat this situation. “We used to spend about 0.60 per cent of our total sales on R&D. We have increased this to 1.2 per cent in FY14. We are working towards increasing this to 2 per cent. It is still not a big amount as say, a world leading player like Bosch, which spends around 4 per cent of its sales on R&D,” declares Harish.

Third is to take the company global. “As global companies expand aggressively in India, we have to expand more aggressively into the US and European markets so that we can chip away some of their share. Today, the business is becoming truly global,” says Harish. Currently, around 18 per cent of the Group’s revenue comes from the export market. It wants to increase this to 25 per cent by the end of next year and to 45 per cent in the next 3 years.

Stepping on the pedal

Rane Group expects its growth to be propelled by acquisitions or through any other form of business synergies, so that it can bring in better technology. In fact, the Group is constantly looking at adding new products, either organically or inorganically. For instance, the die casting business was the latest acquisition by the company, and it also started manufacturing airbags last year, through its joint venture with TRW, called Rane TRW Steering Systems. “While we are planning to invest in some long term projects this fiscal, a bulk of our capacity investments will take place next year only,” says Harish. The Group is also bullish about Rane Madras’s hydraulics business. The Group’s die casting business, which is a Rs. 150 crore business, is expected to grow to Rs.300 crore in the next 2 years. And hence, out of the Rs. 140 crore CAPEX planned towards expansion, it aims to spend almost Rs. 60 crores towards the die casting business.

New products and capacity expansion coupled with strong focus on QCD, having multiple customers from various geographies, and getting better access to technology will help Rane Group make this decade one of high growth and profitability and help reach its revenue target of Rs. 4,600 crores in the next three years.

Since the company’s founding in 1959, at what point of time in its ’s journey was the emphasis laid on creation and protection of intellectual property (IP)?

We started talking about IP around 2007-08 but we actually started working on it 4 years ago.

What are some of the biggest challenges when it comes to the creation of IP?

The culture. We do not have that culture of trying to create IP internally. Our mentality is to get technology from the Germans or Japanese and replicate it India. Even today we are struggling to break this mindset and create our own technology and products.

Secondly, we did not understand IP, how a patent works, what is a copyright, what is trademark and so on. So a lot of work has been done by our IP legal partner, Altacit Global. We launched a manual and conducted a training program for the internal team to help them understand the importance of IP.

What is Rane’s IP Strategy and when do you see Rane becoming an IP dominant company?

It is too premature say when we will become an IP dominant company. We are still at a very nascent stage. But, we clearly understand the importance of IP and how we can generate it. In the last 4 years we have received 5 or 6 patents, which is good when compared to what we did not do in the last 50 years or so. The IP culture is gradually setting in. But, if we compare ourselves with Bosch or our own partner, TRW, who get hundreds of patents a year, we are still far away.

Is IP of strategic importance for auto OEMs?

Yes. It is important. The more IP you have the better your leverage is with customers and your ability to offer value to them. In this sector, most of the IP generation is by MNCs and it will be close to impossible for Indian companies to start generating IP in-house and take on the world. This is one the reasons why M&A becomes important. If you notice, many Indian companies like Motherson Sumi Systems or Amtek Auto have taken this route. And, the same thing will start happening in the auto component industry. Our way of getting access to R&D, technology and, therefore, IP is primarily through acquisitions.