This article was published in Business Outlookindia on December 25, 2010 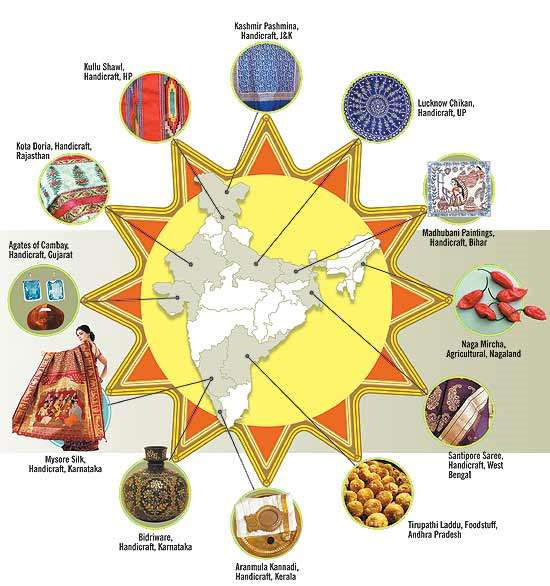 Darjeeling Tea, long known for taste and flavour, is the ultimate experience for tea connoisseurs. Like champagne, it can only be grown in a particular region. And producers have applied for registration for Geographical Indications under the Goods (Registration and Protection) Act, 1999. Though constituting just below 1% of India’s total tea production, demand for this type of tea has caused problems due to adulteration along the entire trade chain, says Sanjay Bansal, Chairman of Darjeeling Tea Association.

Overall, the Tea Board of India, which is responsible for the protection of the tea industry in India, has taken a lot of effort to protect the Darjeeling Tea brand. This has been possible because “the system makes it compulsory for all the dealers in Darjeeling Tea to enter into a licence agreement with the Tea Board of India on payment of an annual licence fee”, according to a case study done by Altacit Global, a firm that provides strategic advice to companies on intellectual property.

Though Darjeeling Tea was the first to apply for GI protection under the GI Act, it has only been registered under one part of the Act. Bansal says the Indian GI protection has helped Darjeeling Tea to be registered in the European Union under a regulation that helps protect designations of origin and GI for farm products. This regulation refuses to recognise goods that are not registered under the GI Act in its home country.

The 1999 Act has registrations for two stages-the first being that of ‘registered proprietor’ and the second called ‘authorised user’. Registration as a registered proprietor is to award recognition to a good as a GI product and, so far, 146 products figure in this category. In the second stage, individual manufacturers of that particular good need to register as ‘authorised users’, which gives them the legal rights to sell their products as GI goods.

But, Darjeeling Tea can be regarded as an exception in this case. An observer who has followed the GI processes closely and prefers to be anonymous says, “Darjeeling Tea manufacturers feel registering under part B [the second stage] is not necessary as the mother body [the Tea Board of India] takes care of all the necessities. Nothing stops them from registering under Part B.”

Though the GI Act was implemented in 2003, so far only one product has been registered under the second stage. For Part B registration, 31 authorised user certificates have been issued for Kanchipuram Silk sarees. In the pipeline are some 140 applications in various stages of inspection and awaiting their certification.

“Considering that India is such a huge country with diverse interests, these numbers are very small. It has a long way to go with respect to GI,” says TC James, Director of National Intellectual Property Organization (Nipo), a not-for-profit entity that works for increased awareness of Intellectual Property Rights (IPRs).

How does GI protection help various trades and what are its advantages? According to Rahul Dutta, patent and intellectual property attorney and Founder of Intellectual Property Lab, it would help manufacturers of a local product earn a premium on their produce.

He says, “Let us say an Archies’ Gallery store has a Ganesha statue on display and it is sold to someone from, say, Belgium. The buyer would have no idea about the significance of the statue, where it is made and whether it is a genuine product.”

But, he says, with the help of GI, branding is possible in the international market. This would eliminate intermediaries and orders would come directly to the producers, giving them better earnings for their art. The observer who knows how the GI processes work says, “No third party can sell a product registered with GI and pass it off as a genuine product. Consumers would know what they are buying and this would also help in the upliftment of rural economies.”

Another advantage of the GI Act, according to P Sanjai Gandhi, the advocate who has been responsible for the registrations of Kanchipuram Silk saree under the GI Act for both the stages, is that this would protect the artistic traditions of different localities. Those with GI protection can move the courts against the unregistered ones if they try to sell their products as GI goods.

Clearly, there are several advantages to the GI tag. They why so few takers? Gandhi and Dutta say the main reason is lack of awareness. The second reason stated by both of them was no different, either-it is difficult to convince manufacturers of local goods to register under the Act. For example, it took Gandhi four years to convince Kanchipuram Silk saree manufacturers to register under the Act for the second stage.

“There is little interest among manufacturers [of Kanchipuram Silk sarees] here. There are not many takers [for GI registration].”

Dutta narrates his experience with the manufacturers of saddlery items from Kanpur. “When I went to talk to the local manufacturers about GI, I faced resistance. They did not allow me to understand how their businesses are run!”

But after much persuasion and explaining of the significance of the GI process, Kanpur’s saddlery applications are at the GI registry for the first stage of registration. The GI registry is a government body where applicants file for GI protection and are awarded certificates after inspection.

Another reason Dutta mentions is that many manufacturers do not want to pay the application fee. For the first stage (of registered proprietor), the fee is Rs 5,000 while for the second stage (of authorised user), it is Rs 500 per individual. “Many of the registrations under the GI Act have been sponsored [for the application fees] by the government and most of them want similar sponsorships for registering for the second stage too.”

He believes that given the nature and composition of the rural areas, which are unlikely to be legally aware or information savvy, “the (GI) Act should have been simpler”. “For example, it is easy in case of Darjeeling Tea; there are a limited number of estates. But in the case of Basmati rice, do we expect the farmers to register?” he says. James suggests that the shortcomings in the legal procedure be looked at and amendments made to the Act. Giving another example, he says that Goan Feni can be made popular like the Tequila of Mexico but considering that Feni cannot be transported from one state to the other, how can it be marketed internationally?

“The GI process is not the be-all and end-all. It is just a marketing tool-nothing more, nothing less. What matters more is how well Indian products are marketed abroad. The government should take initiatives to help local manufacturers in this regard,” says James.

Hemant Singh, Managing Partner of Inttl Advocare, an intellectual property firm, says that a provision in the GI Act “is paradoxical”. GI is a right in public domain. Trademark is a right in monopoly. “How can you reconcile both the positions?” he says. Also, Singh says there is no clarity if two people can apply for Part A as registered proprietors. Meanwhile, the registration is not all, says GK Muthukumar, Managing Partner of GMV Law Associates. “The Act does not provide anything on the post-registration aspect in terms of inspection and quality control.” He feels that the law should provide for some promotional measures for the manufacturers of products in the unorganised sector.

“Out of 20 societies, only six are making profits. Also, customers don’t check if the sarees are genuine.”

“For example, the US has good marketing mechanisms. They either have the support of the government or have their own monetary resources. In India, both are absent,” he adds. He suggests that the government should work out a mechanism to take care of the funding part.

So, although India has taken the first step by enacting a law to protect the interests of local manufacturers of different regions, a lot needs to be done before the GI process can be called a success.